Japan runs on long days, the standard Salary Man will pull 9 hours days, but after this they must commute, catch up with their home activities, which may take an hour or more, as well as eat and spend time with his family, before finally hitting the futon. There is still somewhat of a culture of house wives, usually after children have been born and the wife will cook, enjoy hobbies and social activities, spending time with friends and family, upholding the ideals of a good daughter and woman.

Students in some schools attend for 6 or 7 days, but fortunately many schools are dropping their length to 5, like their much associated friends the United States of America, which has adopted a similar school system. After classes from 8.00am to 4.00pm, students are encouraged to join in on club activities run by the school, which applies very much like "extracurricular" activities, but is not nearly as optional as in Australia. After these club activities, some students take up part time jobs (though usually schools/families forbid this because it distracts from the studies.) And in the evening, it would be unusual for students before Senior High School to not be going to a cram school. Returning home from school for dinner and then going out to study, not returning until 10 or 11 in the evening.

Much of Japan is heavily populated, the small country boasting ~127,000,000 people. And unsurprisingly, they can't all drive everywhere. Japan has one of the best train systems in the world and also hosts the Shinkansen (the Bullet Train,) it is rumoured in Tokyo if the train is late and it will cause a Salary Man to be late, the station guard will signature his word that train caused you to be late to not receive a reprimand from your supervisor. Many people also take the buses to cross the towns and cities, though this does lead to traffic issues. The next most reliable source of transport is a bicycle, usually used in towns without a good public transport system or by students who don't have far to travel between home and school. 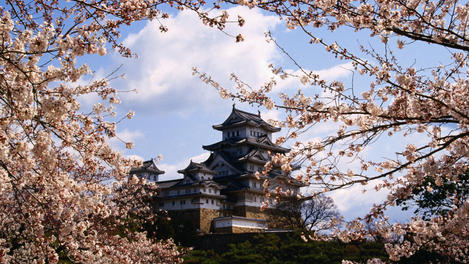 It is a country full of ever changing fashion, idols and celebrities much like any other country, which does its best to absorb outside cultures. Despite this, its history of closing borders and remaining an isolated nation has continued the love of its own culture, much of the people still following their family traditions (horsemanship, Zen archery, Kendo and, martial arts.) The media always calls back to the feudal times, with wandering samurai and monks, with 'kabuki' and 'enka' still a strong market.

In terms of religion, the majority of the population follow the ways of Shinto or Buddhism (usually not adhering strictly to one or the other.) People use both as a guide to life, rather than a set of rules. Thus religion is not a hot topic of many and the festivals carry on across the country without offending others, there are 11 nation-wide festivals and many more local ones.