To the west of the school is the small city of Tokuetsu, a fast growing technological hub. When Koutougakkou Academy was built, Tokuetsu was simply an out of the way township, but in the past century it has grown to a fine city, if still mostly occupied by students, alumni and their families. Since the town has grown mainly because of the school, it caters to students quite nicely. 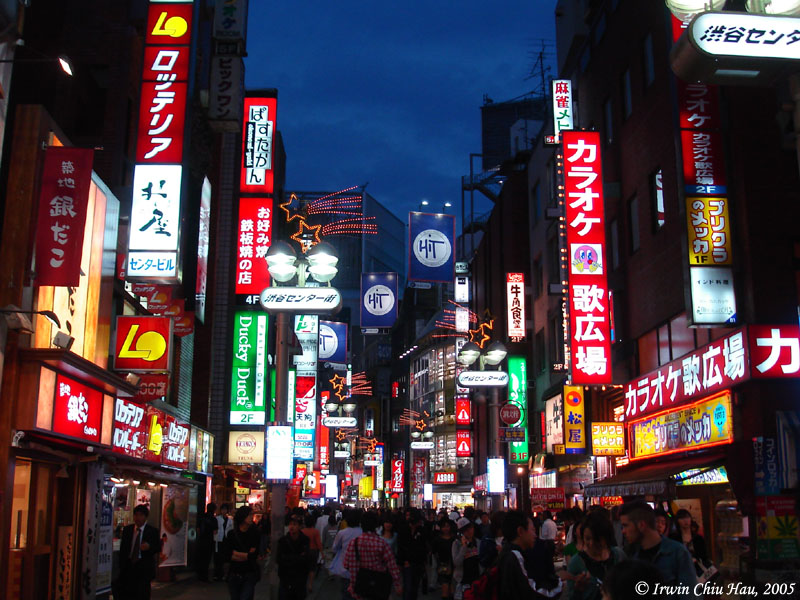 Of most import to most students is the Sasumi district, the shopping district. It holds two major stores in direct competition with each other: Paulownia Mall, a long standing mall featuring a large range of clothing stores, arcades, and even a student friendly Karaoke bar. It's direct competitor is Junes Sasumi, a sprawling department store that opened in the past year. While it lacks Paulownia's entertainment options, it has pretty much everything else at generally cheaper prices with a bigger range, standing as a threat to the smaller stores. Throughout the Sasumi district are a number of restaurants and smaller retailers.

In comparison, Joetsu District is where most students end up after graduation, the central business district of Tokuetsu. There are a number of regional offices of Japan's biggest companies, as well as the home offices of Tokuetsu born companies. In the heart of the district is the Nanjou Building, home to Tokuetsu's scientific community. Most of the building is taken up by laboratories, though a few of the Nanjou Corporation's offices exist. The building was created and the company founded by Koutougakkou's most famous alumni, Takahisa Nanjou. Joetsu is also home to the local TV station, Tokuetsu TV, where most of the local news is handled, as well as a few regional productions, even if the majority of the shows are from national networks.

Finally, there is Tokuetsu's less favourable place, Akinao District. Akinao is one half seedy nightclubs and one half delinquent's heaven. Akinao is constantly under supervision by the police, but they have never quite got in under control. While not home to any major crimes, there have been rumors of a small Yakuza family known as the Majima Clan attempting to grab a foothold and trying to recruit from the delinquent gangs.

The rest of the city is primarily housing, with several arrangements for student accommodation for out of area students. There are a number of hotels throughout, but mostly for businesses with visiting executives, or the families of students. To the west of the town are a few farmlands, leftover from when Tokuetsu was a small farming town, but they are largely unused.